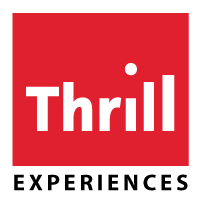 Microsoft is making some big gains in the world of 3D spatial visualisation with it’s remarkable Hololens product.

Released to developers in March 2016, Microsoft is aiming to build a large app base before the product is shipped to consumers like you and me.

Hololens is a headset that you wear over your eyes and ears. It enables you to see what is happening in the real world but augments this with computer imaging and sounds in true 3D.

As you walk around and interact with your real world space, you are able to also interact with computer based holograms. The hologram could be an object such as a TV that follows you around rooms in your house, it could be the surface of Mars, arrows to help you solve problems like fixing a car engine, or a full 3D Minecraft game that you can explore from every angle by moving around a table.

The concept uses a set of 3D cameras that captures the full image of a caller. Compressed and sent down a wire, the 3D image of the caller then appears in the same room as you.

Their movements and voice make it seem like they are in the same room as you. And you can interact with their 3D image and engage in communication.

Microsoft even use the set up to record footage, which can then be shrunk down to play on a table at a later time.

Imagine having a friend appear in your living room from far across the world. You can walk around them, sit with them, talk and share things in your space and theirs.

The possibilities are truly immense.

What applications would you use the Hololens for?